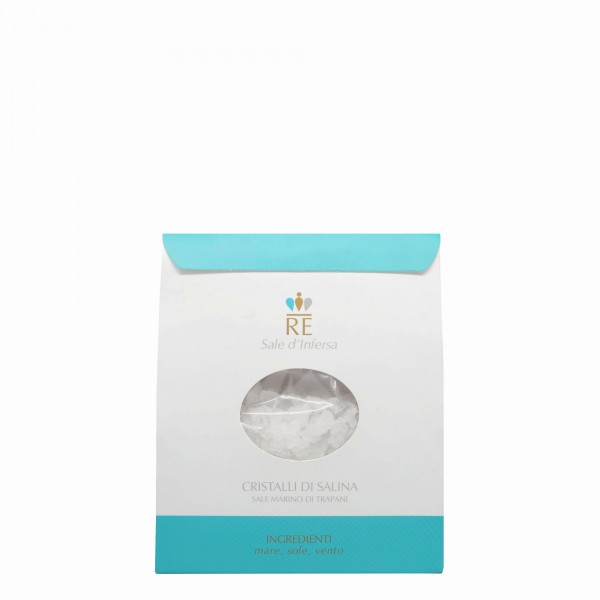 Salina crystals are the heart of the salt heaps: raw, thick, pure white crystals. They are protected by the salt on the surface of the heaps, and they never come into contact with external agents. As the millenary tradition wants, Salina crystals are collected by hand.

The Crystals of Salina are to be ground directly on the food, so that you can fully enjoy the aroma and the range of flavours that he raw crystal disclose.

The Ettore and Infersa salt pans, which extend into the pre-reserve area of the Oriented Nature Reserve of the Stagnone Islands, consist of various orders of tanks with their own specific function, connected by locks and canals. They are one of the most original and fascinating passages of the Sicilian land. The salt pans can produce up to ten thousand tons of integral sea salt every year.

Salt production at the Saline della Laguna is carried out using natural elements. The production cycle begins at the end of March and ends in July, when the crust reaches (on average) a thickness of eight centimetres.