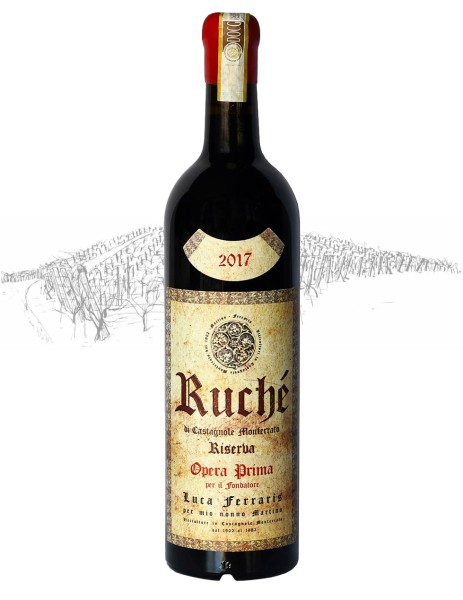 Born from the love that binds a grandfather and a grandson, the company’s founder and his future heir, beyond time. A new way of interpreting Ruchè born from the perfect vineyard, Bricco della Gioia, a small plot where the soil, exposure, microclimate, utmost care and selection in the vineyard combine to create a unique and inimitable wine. The quality of this flagship wine is confirmed on the palate: elegance and finesse harmonize with its power and structure, releasing warm, soft and persistent taste sensations, in balance between fruity mass and very fine tannins. It is stored in the unique and remarkable cellar carved out of the tuff – the family infernot – an authentic historical jewel.

The philosophy that has always accompanied my work is to be able to combine respect for nature, tradition and technology in order to always obtain the best possible result, investing time (and not only) in the search for the best"

The history of the Ferraris Agricola winery began when great-grandfather Luigi emigrated to America and found gold during the "Golden rush" in California. Thanks to his income, great-grandmother Teresa, who had remained in Italy, had the opportunity to make his dreams come true. In 1921 she bought the house, in Castagnole Monferrato, in Via al Castello, home of the first Ferraris winery. Two years later, grandfather Martino bought the "Casot", a rural farmhouse in the middle of a 40,000 square meter plot where today one of the most representative vineyards of the company stands. However, the production of wine remained a passion and never a job. Thus, for decades, the grapes were given to the town's Social Cooperative.