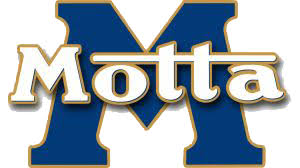 Angelo Motta, born in 1890, after a long and early apprenticeship as a pastry chef, in 1919 opened his first oven with his name in Via Chiusa in Milan. At the time, the panettone was still low and compact, but he took up the ancient method of natural leavening and revolutionised its dough and shape, inaugurating the "new" tradition of the tall baptistery dome panettone, softer and richer in raisins. The success is immediate and will continue uninterrupted in the following years.
In 1925 the first Motta image shop was opened in the Carlo Alberto gallery. A new formula for the time: modern, well-kept furnishings and bartenders who do not accept tipping. From the 50's onwards, Motta began to diversify into many markets, where it achieved enormous success, generating real Myth Products for the various generations. This is how in the 50's the first ice cream on an industrial stick was born and in the 60's the first snack. It is always Motta that in the early 80's invents the first stuffed panettone, the Tartufone that gives life to a new type of products.ncora today the recipe Motta remains the same: great care, attention to quality and know-how enriched with a pinch of imagination to warm the homes of all Italians. Motta, your myth.