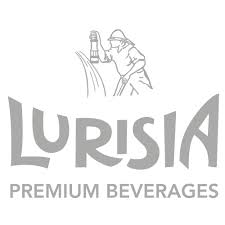 We are our history
We owe what we are today to men who believed in Lurisia and built its history step by step.
Legend has it that the discovery of water unintentionally made it one of the dozens of miners who, in the early years of the last century, worked in the area of Nivolano (now Lurisia). Picking up the rocky wall to remove the lose, the typical slabs of indigenous stone used for construction, unintentionally hit a vein of spring water that turned out to be great to drink but even better to cleanse sores and wounds that, almost miraculously, healed in a very short time. The "magic" qualities of this spring soon became very well known even outside the territory, attracting the attention of a multitude of curious people, including doctors and researchers, who studied its characteristics, definitively attesting to the medicinal and beneficial qualities of water.
From the determination and will of Pietro Cignolini, David Garbarino and Piero Sciaccaluga, a doctor and two far-sighted Ligurian businessmen, the first Lurisia Spa was built in 1940. In this way, everyone was given the opportunity to use this wonderful water for medicinal purposes, but administering it with scientific methods and practices that further amplified its benefits.
Lurisia thus became a centre of important hydrothermal research but also a delightful place for holidays and wellness, a favourite destination for thousands of people, including great and important personalities of the time.
Only later, by decree of the Ministry of Health, was it allowed to be bottled and sold, thus succeeding in bringing the healthy qualities of the Fonte Santa Barbara di Lurisia to the lips of all.