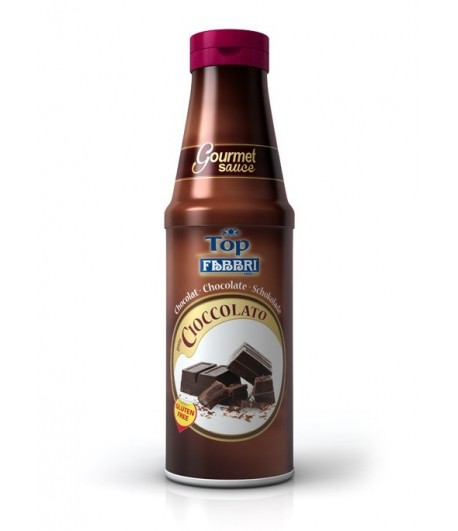 This product will be delivered to our warehouse soon. Leave your email address here and we'll be glad to inform you when it's available again.
€15.00 *

Delivery time approx 1-5 working days depending on your destination.

The chocolate sauce of the Gourmet sauce offers extraordinary possibilities to customize fruit salads, semifreddo, desserts on the plate as well as specialties of cafeterias.

It all began with a partnership of life and love between Gennaro Fabbri and his wife Rachele Buriani, the woman who invented magic: the first recipe based on Amarena Fabbri.
At the beginning of the last century, Gennaro Fabbri gave his wife Rachele a beautiful vase, specially created by the potter Gatti di Faenza: a small gift to thank her for her latest culinary creation.
And so a sweet, a fruit and a jar - with it's unmistakable white and blue from Faenza - have now become the symbol of Fabbri 1905 in Italy and in over 100 countries around the world.